It caught my eye Sunday–a latte-colored station wagon crossing Sidney Baker toward Lowe’s. Good thing we were headed that way anyway, because I was intent on seeing it up close.

It pulled in to the lot, and I pulled around near it to park. That is, I circled the entire lot until an SUV next to it pulled away so I could park right here.

“Is this creepy?” I asked the person riding shotgun. There was an inaudible reply.

She–Inaudible Shotgun Person–went into Lowe’s to do some actual good for the homestead, while I took a photo of the vehicle, a Chevy Nova wagon, white roof and a rain gutter, which would be perfect to affix surf racks onto except that I wouldn’t want to lessen its sleekness. (A Chevy Nova…”sleek”? Yes, sleek.)

The glass was flat and had a Mediterranean blue-green clarity to it. I half-expected the driver to be a sea turtle. 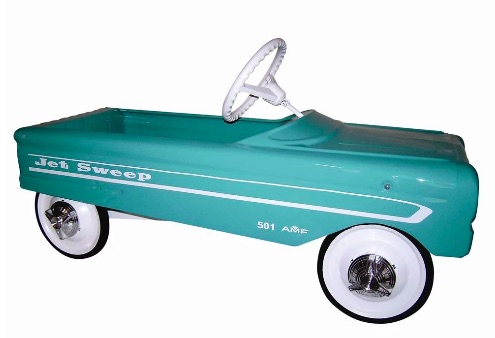 I saw a car today on Bandera Highway heading in the opposite direction, so instead of trying to take a photo out the driver’s side window doing an apparent speed of 90mph away from me–that’s not advisable, right?–I found online what was roughly the color of it.

Some colors should be kept around simply because they’re cool.

One thought on “Some colors”